The Tactical Industries Target Master AR-15 22LR Conversion Kit is a drop in, blow-back activated device designed to adapt the M16/AR15 family of weapons to fire the .22 long rifle cartridge. The Target Master conversion unit installs in less than 1 minute without the use of tools. The Target Master conversion unit allows the use of inexpensive .22 long rifle ammunition in lieu of expensive 5.56mm ammunition. The Target Master is designed to replace the standard bolt group without any permanent modifications to the weapon. It will not change the appearance, feel, weight, handling; nor will it affect the performance or operating procedures when the weapon is utilized in the semiautomatic mode. The Target Master comes with one 30 round magazine. It has the approximate shape and unloaded weight as the standard 30 round 5.56mm magazines designed for the M16/AR15 family of weapons. 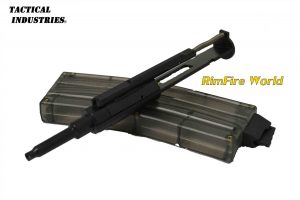 The Target Master allows an accurate alternative to full power 5.56mm practice and training which can be carried out in indoor shooting ranges or on limited distance ranges within city limits with .22 long rifle ammunition.Our tests prove that at 25 meters, groups were consistently between .50 – .75 inches and fell less than .50 inch below the high-powered 5.56 groups on the target.

The Target Master is an excellent tool for weapon familiarization and training for new shooters without the muzzle blast, noise and recoil associated with full power 5.56mm ammo while allowing the use of real full size weapons. Good weapon skills are developed by repeated practice building muscle memory. Target Master allows you to shoot more and shoot more often. 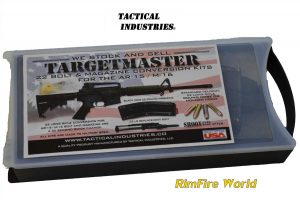 The Target Master allows continuous practice without damage to your weapon. Soft lead .22 long rifle bullets do not reduce barrel life like the full power 5.56mm ammunition. Practice with the Target Master will extend the life of both personal and LE agency weapons for many years.

The Tactical Industries Target Master AR-15 22LR Conversion Kit is proudly made in the United States of America by Americans with materials produced in America. 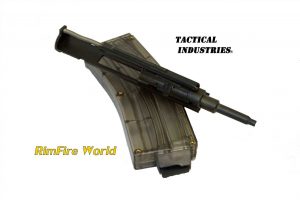 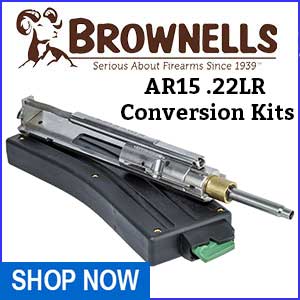