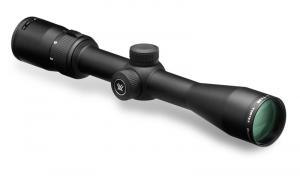 While walking around Cabelas I happened across a gentlemen looking at scopes with a perplexed look in his eyes. I’m helpful by nature so I struck up with a conversation with him. It’s seemed the gentlemen was after a “good 22 scope cheap”. I had to ask what his “cheap” budget was and his answer “less than $100” “because its only for a 22“. Now perplexed by his response I asked what he meant by “Its Only For a 22“. Apparently in his mind there was some correlation between a firearm that shoots inexpensive ammo and the need for an inexpensive scope.We had a bit of a discussion and I soon came to realize that he was not interested in a “good 22 scope cheap” he was simply interested in a cheap 22 scope with little regard to quality, reliability, repeatability and longevity. Disappointed I walked away. I thought about this conversation most of my 40 minute ride home. I didn’t dwell on it because of this one guy but rather I dwelled on it because I hear it often in stores and on the RIMFIRE WORLD FORUM. If you the reader also subscribe to this line of thought please do not be offended by my opinion on the subject and what I write below. I simply would like to offer up a different point of view and some points to consider.

To begin first and foremost buy what you can afford. Don’t spend money you don’t have! however when your budgeting for a new gun you should always consider the cost of the scope and scope mount if they will be a requirement for your type of shooting. Your being dishonest with yourself if you don’t. Also as a general rule of thumb when possible spend about as much on the scope as you do the gun. That is a common rule of thumb not just mine but I do believe it appropriate. Now for the “its only for a 22” statement. Somewhere along the way our minds get this idea that any old scope will work on a .22 and to some degree that’s true. However ask yourself how many rounds have you sent down range on all your centerfire firearms versus your .22’s. If your a pretty dedicated shooter chances are you have put tens of thousands of rounds through your .22’s and a fraction of that number through your centerfire firearms. It’s simple economics (and fun). Now think about this a shot from a centerfire firearms usually results in some sort of kick and recoil and no matter what caliber it’s certainly more than a .22. Now here’s the rub. Whats worse on a scope one thousand rounds of .223 or ten thousand rounds of .22? Basically it’s like comparing a jackhammer to a sledge hammer. Both are going to break stuff or in our case break scopes, loosen crosshairs and scope mounts. Do not underestimate the tiny recoil of a .22 or an air rifle for that matter. That recoil really simply translates into a lot of vibration and we all know vibration is very good at moving things and making them fall apart. Scopes are not immune. Don’t get me wrong I have bought my fair share of cheap scopes just to see how they compare to buying the proper scope and I have learned a few things along the way. Most cheap scopes once adjusted will keep you on target. That said I have noticed canted reticles, reticles too thick for anything other than shooting cans, illumination that’s too bright on the lowest settings, a lack of repeatability on returning to zero, internals loosening up and debris floating  around inside the scopes. Basically I got what I paid for in an $80-$129 scope.

Now here’s the thing as I write this in early 2016. The major scope manufacturers such as Nikon, Leupold and Vortex have been paying attention and are currently offering their lowest cost scopes ever. While not as cheap as the cheap scopes they are typically leaps and bound better than the no name imports. Heck a Vortex for $125 with a lifetime warranty is actually a pretty good deal in my book. See below.

Our VIP warranty is about you, not us. It’s about taking care of you after the sale.

VIP stands for a Very Important Promise to you, our customer. We will repair or replace your Vortex product in the event it becomes damaged or defective—at no charge to you. If we cannot repair your product, we will replace it with a product in perfect working order of equal or better physical condition.

You see, it doesn’t matter how it happened, whose fault it was, or where you purchased it. You can count on the VIP Warranty for all Vortex Optics riflescopes, prism scopes, red dots, rangefinders, binoculars, spotting scopes, tripods, and monoculars.

If you ever have a problem, no matter the cause, we promise to take care of you.